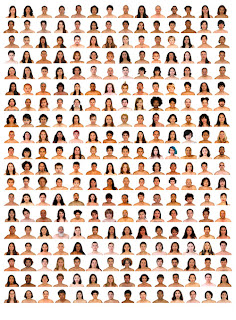 FIVE YEARS AGO, I was living with a Japanese man in Tokyo. We had a six-mat room with the traditional cupboard to hold our bedding during the day. I cooked Japanese meals on a single burner, and in the evenings we would walk out for an hour or two of karaoke or a game of pachinko. Last summer, I married a White man. We’ve just rented an old, three-bedroom house in the cheapest part of Vancouver. We follow a bit of hockey and, yes, he loves beer. In the world of appearances, at least, it seems I have made my choice.
But let me complicate the scenario just a little. I recently permed my black hair Asian straight. My course of study? Comparative literature. I compare English and Japanese texts. In short, I’m walking the middle ground between my two heritages as hard and fast as I can. I am a hybrid, answering the several, sometimes conflicting calls of the hybrid. You are probably hybrid, too. Who, after all, can claim to be purely anything, other than herself?
Needless to say, being hybrid can be difficult. And for those of us whose physical appearance makes a metaphor of our “impure” state, it can be hard to forget. Hybrids around the world are, at this moment, being questioned about where they come from. They are being questioned in clothing stores, and restaurants, parks and coffee shops, many of them no more than a mile or two from “where they come from.”
Somewhere, a hybrid friend of mine is being asked, “So, will you ever live in Japan?”
“Are you kidding? I can’t stand Japanese people. They don’t accept me.” My friend’s comment isn’t the truth of how he feels, but it’s a good indication of a true bitterness, a real rejection.
Elsewhere, a woman with a long black braid is being told, “Really, you don’t look Indian.” The woman pauses, watches a bird pass by the left corner of the café window. “I don’t like it when people say that—that I don’t look Indian—it’s like you’re trying to take something from me that’s rightfully mine. If you’d ever seen a half Indian person before, you’d know that this is exactly what they look like.”
So it is that the day unfolds for the visually hybrid, that exotic, eye-catching and perhaps frightening fruit.
To the extent that we do not suit definition, however, hybrids of all kinds are privileged to surprise in powerful ways. Already, our two friends, the young Japanese White man and the Indian White woman, have almost knocked their interlocuters from their seats. Elsewhere, a Jamaican Scottish go-go dancer is learning Chinese: his fourth language. An Indonesian Dutch Legal secretary writes romance fiction. And a Belgian Korean student of art history wanders through the streets of Italy, licking her new favourite flavour of ice cream. In fact, almost any act committed by a hybrid can come as a surprise, but who can really judge that act as out of character?
Being hybrid also gives a person at least twice as much culture to hold onto, should she choose. In the culture-bare landscape that forms Canadian ethnicity (such that it is best articulated by a beer commercial—a mighty fine beer commercial, I should, as a Canadian, add), that is of no small value. And without being fully embraced by the culture of our roots, we can love an English garden like we do a Shinto shrine: with the knowledge that neither provides the entire answer to aesthetics, philosophy, religion or pleasure, at least not in our lives.
The overwhelming proof that hybrids can be as powerful as they are, at times, plagued, lies in the abundance of the following pages, the sheer number of hybrids writing out the rich peculiarities of their own, unfolding existences.
As I write these hopefully not-too-generalizing generalizations on hybridity, I wonder how another particular hapa is doing in her end of the world. Two months before we were married, my husband and I travelled to Japan to introduce old family to new, on something like a pre-honeymoon. One hot afternoon, we stood at a small train station in Kamakura, the kind with a person instead of a machine to take your ticket. On the platform was a slim woman in a beach hat with her two sweaty children carrying dry inner tubes.

“Quiet. We’ll go another time,” the woman said to her son in Japanese. I looked up. Something in the accent first, and in the face second, told me this woman was, like me, not purely Japanese. I watched the woman longer, looked at her Caucasian-sized feet, listened to her near-perfect Japanese. Here, on the same soil (or concrete) for a moment, were two Japanese White women together before being whisked off in their very different directions. In two months, she would be suffering 40ºC heat and eating the delicious, sticky, burgundy ohagi sweets of the O-bon Festival. I would be on my parents’ farm, picking out flowers for my wedding and bootlegging for my teenage sister’s camping trip.
The world is dizzyingly full of choices.
Yet for both that woman and for myself, for all hybrid people out there, in fact, hybridity affects every move and every choice, for better or for worse, ’till death do us part. This issue has encouraged me to view the uneasiness of this position as empowering. I invite you all to reflect on your own experiences as a hybrid while reading. I ask you, too, to bring your stories back to us, so that we may continue to speak of what it’s like, and why it matters to be who we are.