A Taste of Heaven By Meg Tilly 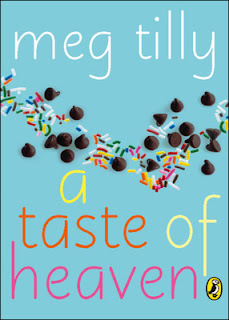 Meg Tilly knows whereof she speaks in A Taste of Heaven, her first novel for middle-grade readers.

The story of a blossoming friendship between two 10-year-old girls, it is also a cautionary tale about the price of celebrity — a subject with which Tilly is well acquainted. An award-winning actress, she famously turned her back on Hollywood and focused on raising a family in relative obscurity on Vancouver Island. She also became an author, writing two novels for adults and two YA novels before producing this volume for younger readers.

Madison Stokes is the central character, a girl growing up “in the sleepy town of Rosedale” where her biggest problems are putting up with a 5-year-old sister, Gina, and an annoying male classmate, Joey Rodriguez, who’s clearly interested in Madison but hasn’t yet figured out how to express it beyond making a total nuisance of himself.

Life is pretty routine for the girl; she has a loving family and seems well adjusted. She has friends, too — Isabelle and Olivia — but not until Alyssa Hawkins arrives in town does she acquire a best friend. Alyssa comes from California and initially appears aloof; Isabelle and Olivia quickly take a dislike to her. But Madison understands how difficult it must be to be the new girl in town, and makes friendly overtures that Alyssa reluctantly accepts. Madison brings her home, where they engage in what Madison considers everyday activities — baking cookies, for example — but which Alyssa embraces with the enthusiasm born of someone not used to such things. She becomes a regular presence in the Stokes household, but doesn’t reciprocate by inviting Madison home until much later.

By then, most readers will have deduced that the subplot — a TV show is filming in town, with popular Hollywood actress Jessica Ashton the subject of much local curiosity — plays a role in Alyssa’s reluctance to open up to Madison about her own family. When the truth emerges, the girls’ friendship hits a massive obstacle. Trust — or lack thereof — becomes an issue, with Alyssa assuming that Madison befriended her just so she could sell a story to the tabloids.

In the end such misunderstandings are resolved, but not before Tilly delivers the message that riches come in many guises. Hollywood fame and fortune might seem enticing, but living in the bosom of a loving family easily trumps all that. It’s a message she makes accessible to young readers, although the text occasionally strays into poetically descriptive passages that seem at odds with a middle-grade voice. (Then again, the comical account of an accidentally swallowed tooth — and its eventual recovery after passing through a child’s digestive tract — is bound to appeal to young readers.)