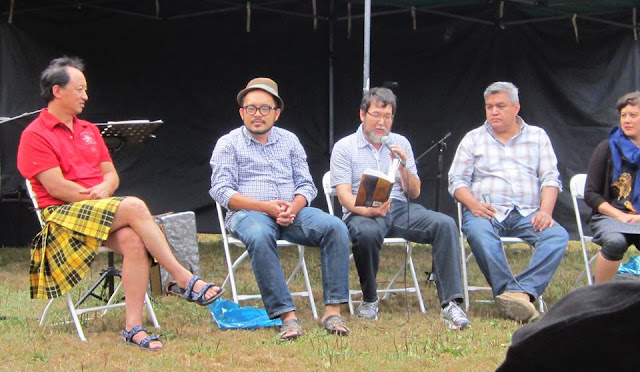 It was a very busy weekend for the Asian Canadian Writers' Workshop (ACWW).  On Friday August 23, 2013, Pandora's Collective announced the recipients of the Pandora's Literary Awards for 2013. This year's, ACWW was one of the awards winners, and was honoured at a special gala held on Friday, August 23th at CBC Studio 700.  ACWW directors and members enjoyed a beautiful night hosted by Sean Cranbury and featured musical performances by M’Girl.   Author Evelyn Lau presented the Asian Canadian Writers' Workshop, publishers of Ricepaper Magazine with the Our Magazine Award, which goes to the magazine publisher who continues to support novice and established writers alike.