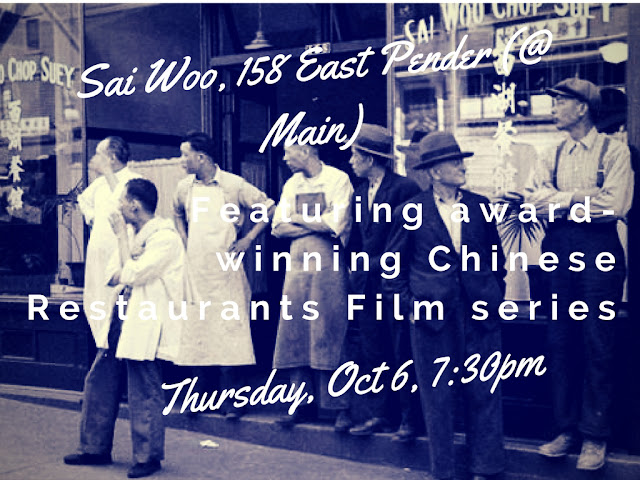 For $20, your ticket includes something delicious to eat and a glass of wine or beer. You may also order more food and drinks throughout the evening from our menu and lounge afterwards at the elegant bar.  Q & A will follow.

Canada - Featuring Jim Kook came to the Prairie town of Outlook, Saskatchewan as a “paper son” using a dead Canadian’s identity. The gregarious “Noisy” Jim soon became the most popular man about town and ran his New Outlook Café for forty years until his recent death

Cuba - In Havana’s Chinatown, the Lung Kong is a charitable clan association run by Alejandro Chiu. The association also runs a home for Chinese elderly and supports itself by operating a Chinese restaurant on the side. Back in Barrio Chino, Cheuk and Kwoi reach beyond the “Chinese Fantasy” created by the Cuban government to discover the legacy of a community that dates back to 1847 and have now become truly Cuban.

Cheuk Kwan was born in Hong Kong and grew up in Singapore, Hong Kong and Japan and immigrated to Canada in 1976. In 1978 the community activist founded The Asianadian, a magazine dedicated to the promotion of Asian Canadian arts, culture and politics and the following year, helped lead a nation-wide fight for equality for Chinese Canadians. In 1995 Kwan joined the Harmony Movement, a national, non-profit organization dedicated to fostering harmony and diversity in Canada through public education. Kwan studied film at New York University in 1998 before establishing his own production company, Tissa Films. His ground-breaking Chinese Restaurant film series touches the heart of the Chinese diaspora in a way no one has done before or since.

Kwoi Gin has worked as cinematographer for numerous films and documentary including These Shoes Weren’t Made for Walking (1995), When Strangers Re-Unite (1999), 5 x 90: The Wake (2005) Re:Orientations (2016). As director of photography for Chinese Restaurants (2000-2003), Kwoi traveled more than 200,000 kilometers with filmmaker Cheuk Kwan to thirteen countries to capture the definitive Chinese diaspora story. 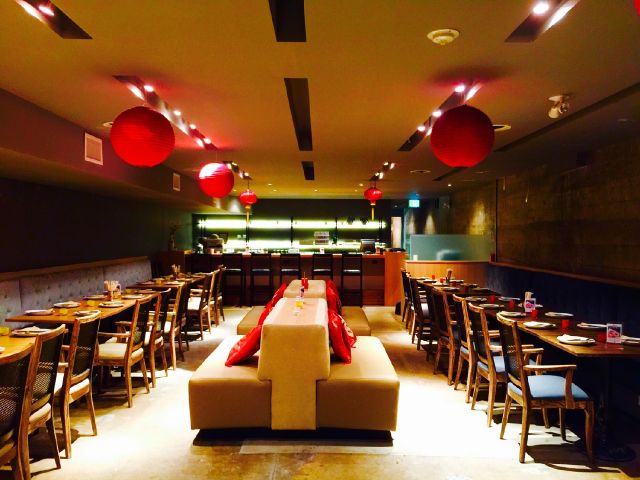 Situated in one of Chinatown’s most historic buildings, the original Sai Woo Chop Suey first opened its doors in 1925 and flourished for decades as a local favourite. Today’s Sai Woo reflects the best of modern design with an open spacious dining area, views of the “East meets West” kitchen, and intimate downstairs lounge.