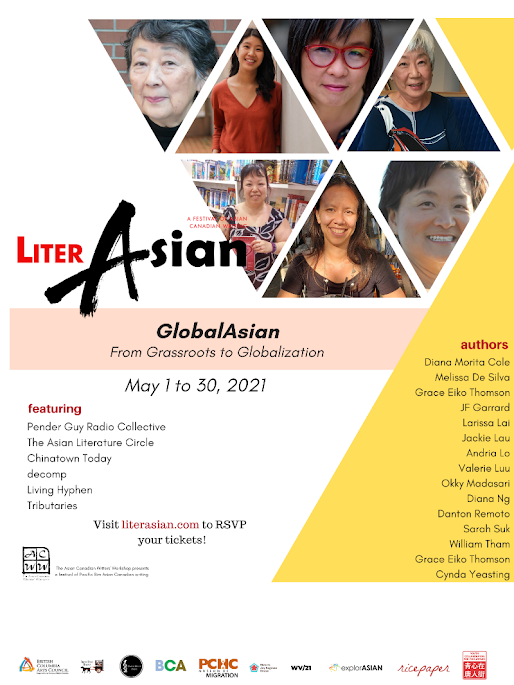 This year's festival GlobalAsian: from Grassroots to Globalization features authors and cultural activists from not only Canada, but across the Asian diaspora. As "Asian" cannot easily be defined within geographical borders of one continent, but rather a conceptual collection of experiences and memories, LiterASIAN shines a spotlight that critically examines what it means to be a storyteller of Asian descent.

"The Asian Canadian Writers' Workshop has introduced a generation of writers to the literary world, and this festival sets a stage for both established and new literary talent from a range of genres to share their ideas and stories, as a celebration of their craft," says Allan Cho, festival director. "This festival is inspired by the idea that Asian Canadian is intercultural, intergenerational, and international."

This is the second year that LiterASIAN will be virtually broadcast live across the world. The festival will feature events featuring authors from across North America and the world.

LiterASIAN's opening event will also announce the shortlist of this year's Jim Wong-Chu Emerging Writers Award. The Award originated in 1999 to help authors of Pacific Rim Asian heritage be published with an established publishing house. Ottawa author Jamie Liew was the previous winner for her book 'Dandelion', soon to be published by Arsenal Pulp Press.