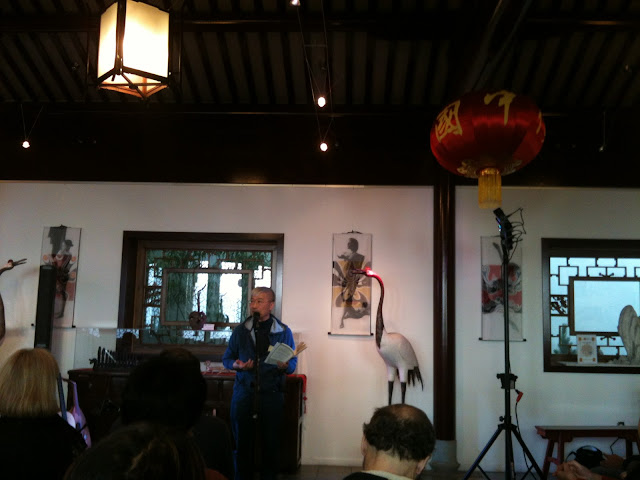 Jim Wong-Chu and Evelyn Lau performed together at the Sun Yat-sen Classical Chinese Gardens with friends and supporters in the audience in celebration of the the Heart of the City Festival, which is the ninth year in which it has focused on the rich and diverse communities of the Downtown Eastside. 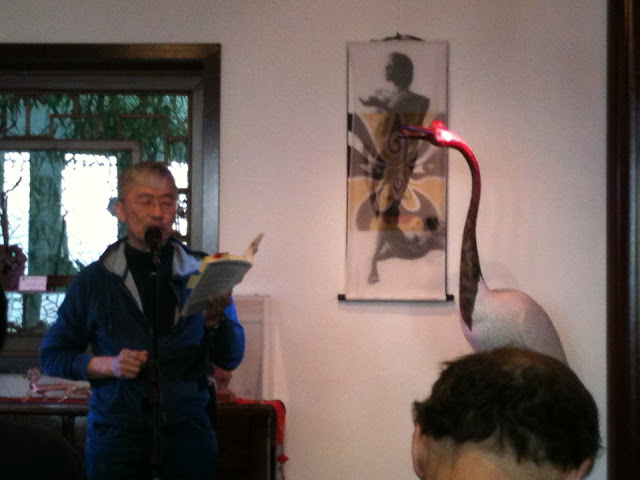 Published in 1986, Chinatown Ghosts is a landmark in Canadian publishing and particularly among Asian Canadian writers as it is one of the first books published by a writer of Asian Canadian descent. At the festival, Jim Wong-Chu read from his now classic poems, "memories of the old kubla khan nightclub," "inspection of a house paid in full," "scenes from the mon sheong home for the aged," "the south china homecoming of klondike," "old chinese cemetery kamloops July 1977," "journey to merritt," and "hippo luck." 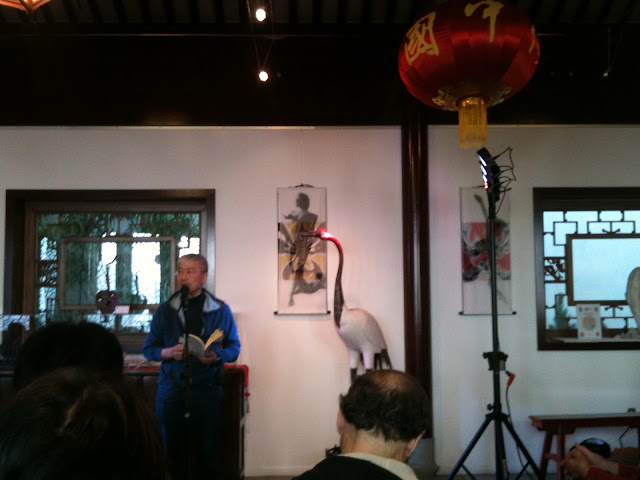 Evelyn Lau also read from her books of poetry, including her most recent Living Under Plastic.  It was a nostalgic moment for the two writers, as Evelyn Lau remarked that it was almost twenty years ago that both of them had read at the very Sun Yat-sen Classical Chinese Gardens, when she was a teenager and he was leading the community in promoting new Asian Canadian writers.