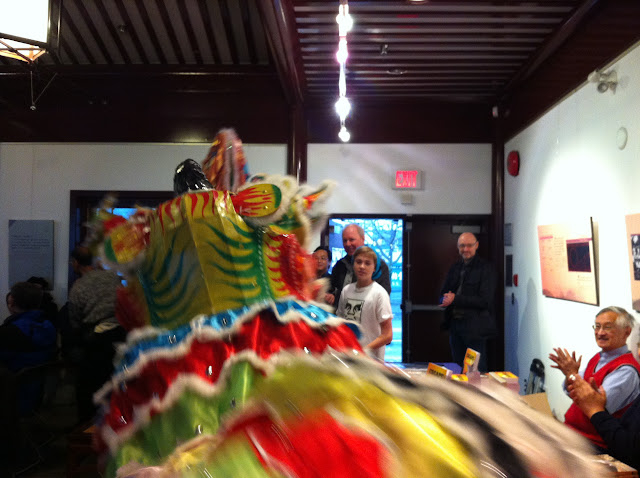 On November 18, 2012, David HT Wong, a founding member of the Chinese Canadian Historical Society, former director of Vancouver Asian Heritage Month Society's explorASIAN, and current a director of the Asian Canadian Writers' Workshop (ACWW), gave a wonderful presentation at the Sun Yat-sen Classical Chinese Garden in Vancouver, BC.  Escape to Gold Mountain is the first ever graphic novel to tell the story of the Chinese in search for "Gold Mountain" through Wong's extensive research on historical documents and interviews with Chinese elders. 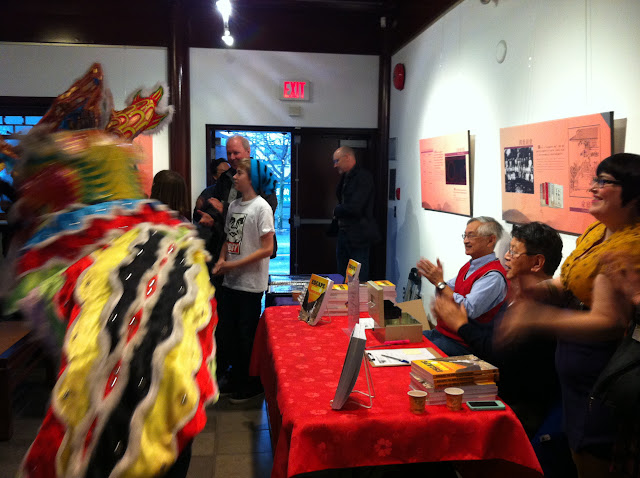 A dragon dance from Todd Wong's Gung Haggis Dragon Boat team started off the afternoon's event.   Hayne Wai and Bob Sung (of the Chinese Canadian Historical Society) were both on hand to help with the book launch and sale. 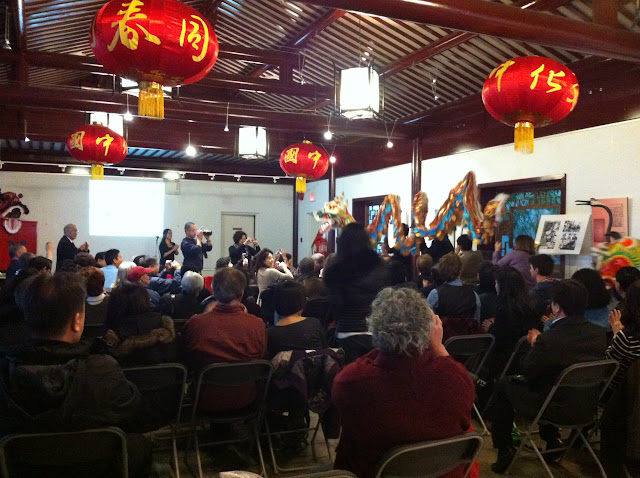 The first printing of the Escape to Gold Mountain has already been sold out.  The book is now going into its second printing with publisher Arsenal Pulp Press. 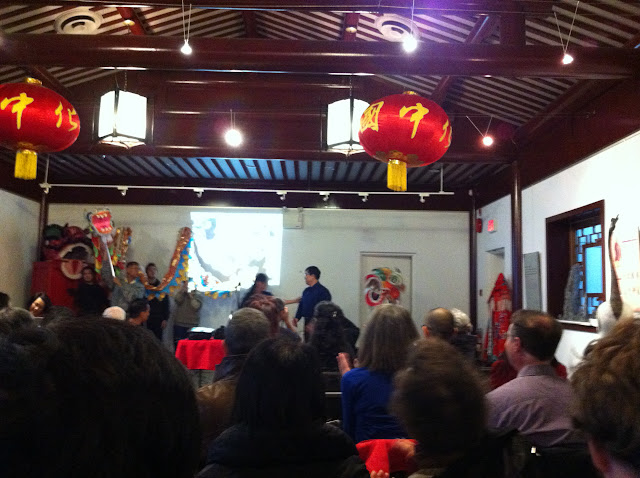 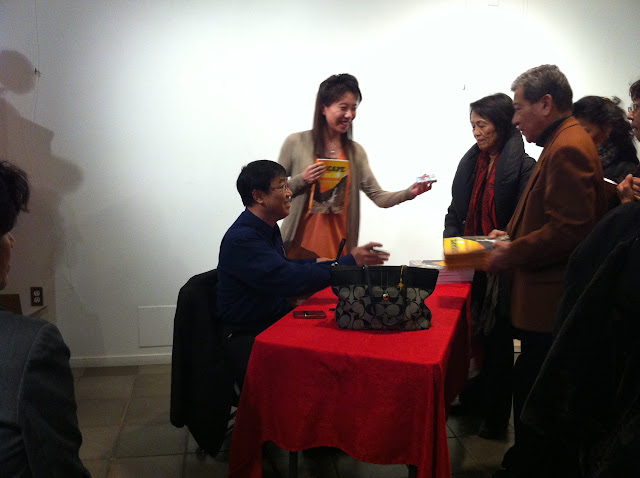 Wong revealed that it took him three-and-a-half years to complete Escape to Gold Mountain.  He set aside time from his practice from Sea to Sky Architects to work on this book project. 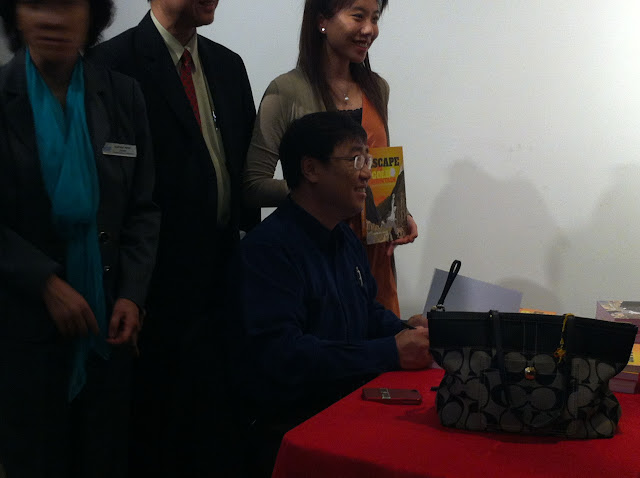 Besides a writer, Wong has been active in the community and promoting Chinese Canadian history for many years now. He has been a blogger at the Ugly Chinese Canadian and author of the Generasian website which describes one of Canada's oldest Chinese family. 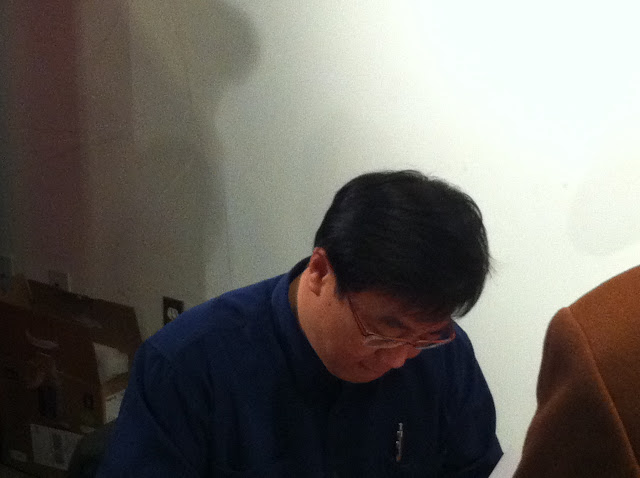 Using his book as a tool to promote not only Chinese American and Chinese Canadian history, but also social justice and anti-racism, David Wong revealed that he intends to continue to use his book as an educational opportunity for teachers and students alike.   Best wishes to David as he continues his book tour!
Email ThisBlogThis!Share to TwitterShare to FacebookShare to Pinterest
Newer Post Older Post Home
Tweets by @acww