An evening with Ruth Ozeki and Linda Solomon 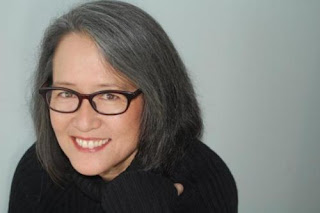 Acclaimed novelist and Zen priest Ruth Ozeki will give a reading, followed by an open dialogue with the audience, moderated by long-time friend and Vancouver Observer publisher Linda Solomon. The event is also the official British Columbia launch of Ozeki’s new novel, A Tale for the Time Being.

"Ruth's book deals with some of the most important issues of our time," Linda Solomon said. "It took Ruth around 8 years to create and finish the book and there's much to talk with her about what it takes to bring forth a work of this magnitude, why she decided as she was writing the book to ordain as a priest, how meditation fed her writing, and why she had to throw out a completed draft, after the earthquake and tsunami."

A Tale for the Time Being has already sold in 17 countries and has been called a brilliant masterpiece by Kirkus Reviews and hailed by The Independent as a "funny, heartbreaking, moving and profound" novel. While half the novel takes place in Japan, half takes place on Cortes Island, where Ruth lives half-time.

Solomon and Ozeki's relationship goes back more than a decade when they first met on Cortes Island, both former New Yorkers hungry for a writer friend.

"We used to get together every morning at what was the old oyster factory on Cortes. I had an office there," Solomon said. "We'd sit on the floor and write all morning, then read each other what we'd done. It made writing much more fun and living on a remote island much less lonely. As a result, I got to witness closely Ruth's process as a writer."

Ozeki and Solomon have taught writing together at Hollyhock, and this will be their second public talk together.

"We're friends who tend to sit around and talk about books a lot. And writing. And plot: who did what, and why," Solomon said.

The evening with Ruth Ozeki is the first of the Vancouver Observer's new VO Salon Series: inspiring conversations at the intersection where politics, people and literature meet.  The Vancouver Observer is an online-only news site and the winner of the 2012 Canadian Journalism Foundation Excellence in Journalism award.   For more information, visit: http://vosalonozeki.eventbrite.com/
Email ThisBlogThis!Share to TwitterShare to FacebookShare to Pinterest
Newer Post Older Post Home
Tweets by @acww