Empire of the Son by Tetsuro Shigematsu 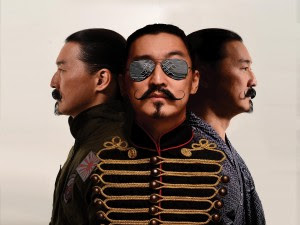 Written by and starring Tetsuro Shigematsu (former ACWW director), Empire of the Son is Tetsuro’s personal story of his relationship with his father. Separated by a generation but connected by blood, Tetsuro and his father speak different languages and possess different values, but what ultimately keeps them apart is their similarities.

The draw: Ricepaper Magazine calls Shigematsu “the voice of our Azn generation."  Congratulations to Tetsuro on such a terrific first play!