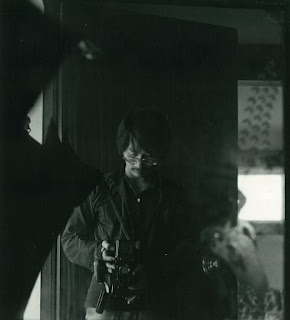 The following is a conversation I had with Jim Wong-Chu in 2010. As I was doing some spring cleaning with my files, I came across a transcription of his words to me in an interview I had with him.  I thought it an appropriate way to honour the man who devoted his life to nurturing emerging writers. A #ThrowBackThursday, too.
[Jim Wong-Chu]

The funding members of the organization goes back to the 1960s credit goes to SKY Lee, Paul Yee, Rick Shiomi, Sean Gunn, Garrick Chu and myself. We were a support group originally called the Chinese Canadian Writers Workshop. Our counterpart was the Powell Street Review, a Japanese-Canadian group that later spawned the Powell Street Festival and a ground-breaking photo book project called Dream of Riches. Members of the two groups later collaborated on the first Asian Canadian anthology in 1979 called Inalienable Rice. By the late 1970's, Paul Yee (Teach Me How To Fly Skyfighter, Saltwater City and Tales of Gold Mountain), Sky Lee (Disappearing Moon Cafe) and myself (Chinatown Ghost) also got published. We looked around and decided that we needed to create a new genre of Asian Canadian literature, and began to embark to attract and support emerging writers. We set up workshops and discussed creative writing.

In 1995, the small group of around twenty all of a sudden blossomed into seventy or more members.  As many of them were coming out of the universities and starting out on their own, these students were curious about us and wanted to explore their own identity in their writing. They could not get the same positive reinforcement in their classes because often they fell isolated from their Caucasian peers.

An opportunity came around with the Many-Mouthed Bird anthology project with Bennett Lee and myself at the helm. I went out to search for every Chinese Canadian writer that had published in the past and that's when I discovered people like Wayson Choy.  He had published a short fiction piece "Jade Peony" in UBC's Prism Magazine in the late 1960s and was largely forgotten and, up to then, toiling away teaching English at Humber College in Toronto. I had missed Fred Wah because none of his work had any content related to his cultural background -- it was much later when he published "Waiting for Saskatchewan" that we finally connected.

In Many-Mouthed Birds, we showcased the first batch of emerging Chinese Canadian writers.  At the same time, I was working closely with the editor and publisher to help develop and launch Sky Lee's Disappearing Moon Cafe and Wayson Choy's acclaimed Jade Peony onto the Canadian literary scene.

Turning ACWW into a non-profit society in 1995 solidified our mission. instead of competing with the writing programs offered by the various colleges, we turn to manuscript preparation. The mission was to find and nurture deserving emerging AC writers helping the through the early stage when they already have a substantial body of work and guide them through to the manuscript stage at which point we connect them up with a publisher. In essense, we act as editors and agents and even legal consultants on their contracts. All for the price of membership. 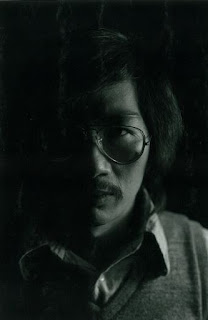 In this fashion we have help a large majority of the contemporary writers you currently see on the Canadian literary scene.  ACWW also created a "Emerging Writers Award" to attract manuscripts. Madeline Thien (short fiction) and Rita Wong (poetry) were the chief beneficiary of these project.  In 2008, ACWW continues with this cutural engineering process. We recognized the need to create new voices in young adult fiction. and in 2010, in collaboration with published the anthology.
Email ThisBlogThis!Share to TwitterShare to FacebookShare to Pinterest
Newer Post Older Post Home
Tweets by @acww