Join us for "Achieving Equity for Asian Canadians in Media" on September 1, 2021 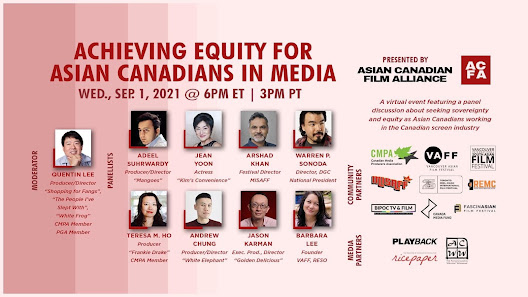 Join us for a virtual event featuring a panel discussion about seeking sovereignty and equity as Asian Canadians working in the Canadian screen industry.