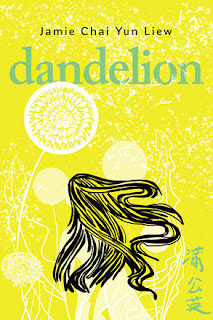 When Lily was eleven years old, her mother, Swee Hua, walked away from the family, never to be seen or heard from again. Now, as a new mother herself, Lily becomes obsessed with finding out what happened to Swee Hua. She recalls the spring of 1987, growing up in a small British Columbia mining town where there were only a handful of Asian families; Lily's previously stateless father wanted them to blend seamlessly into Canadian life, while her mother, alienated and isolated, longed to return to Brunei. Years later, still affected by Swee Hua's disappearance, Lily's family is nonetheless stubbornly silent to her questioning. But eventually, an old family friend provides a clue that sends Lily to Southeast Asia to find out the truth.
Winner of the Jim Wong-Chu Emerging Writers Award from the Asian Canadian Writers' Workshop, Dandelion is a beautifully written and affecting novel about motherhood, family secrets, migration, isolation, and mental illness. With clarity and care, it delves into the many ways we define home, identity, and above all, belonging.

In Dandelion, a woman struggles to understand the mysterious disappearance of her own mother while on the brink of motherhood herself. Rich in imagery detailing the immigrant experience, Jamie Chai Yun Liew's debut novel picks at the open wound of diasporic displacement with tenderness and compassion. -Catherine Hernandez, author of Scarborough and Crosshairs

Jamie Chai Yun Liew's Dandelion is a poignant portrayal of a woman's coming of age as a Chinese immigrant trying to set down roots in a small town in British Columbia. In a story relatable to many, as Lily grows up, she awakens to the beauty and brutality of her home in Canada. Meanwhile, her mother retreats and finally leaves, unable to cope with the changing family dynamics of their new life. Dandelion invites readers to imagine multi-generational loss, gain, and love in a fresh take on the mother-daughter narrative. It is at once comfortable and unsettling, raw, and tender. -Carrianne Leung, author of The Wondrous Woo and That Time I Loved You

With Dandelion, Jamie Chai Yun Liew renovates the kinds of coming-of-age narratives that helped me understand what it meant to be an Asian diasporic person living in Canada at a certain time and place. Here is a novel that is at once recognizable and distinct. A meaningful contribution to the long legacy of Asian North American fiction. -Jenny Heijun Wills, author of Older Sister. Not Necessarily Related. : A Memoir

With finely wrought observations and complex characters, Liew captures the subtle nuances of immigration, race, belonging, diaspora, and what it means to be Other. Dandelion is an important debut. -Lindsay Wong, author of The Woo-Woo: How I Survived Ice Hockey, Drug Raids, Demons, and My Crazy Chinese Family
Email ThisBlogThis!Share to TwitterShare to FacebookShare to Pinterest
Newer Post Older Post Home
Tweets by @acww